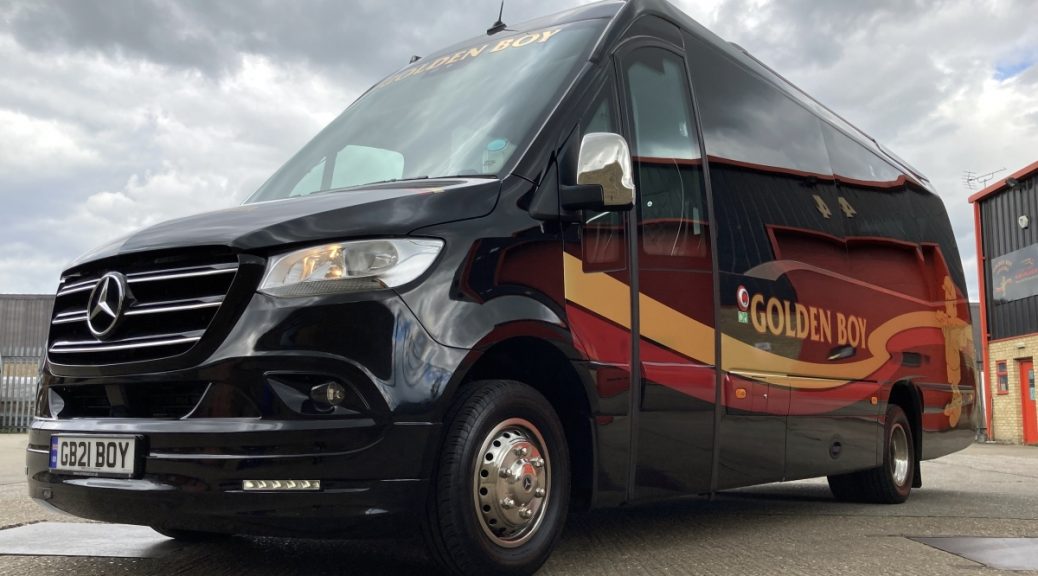 Master Griffin is the latest addition to our fleet and was supplied to us by EVM Limited.

This 19 seater Grand Tourer is a coach built on the Mercedes Benz Sprinter chassis and features the latest Euro 6 engine.  Interior features include leather seats, USB charging points and tray tables at each seat. A full PA system with Bluetooth player, air conditioning and privacy glass. It has a full length drop boot with side lockers for extra luggage capacity.

This coach may only be small but it certainly has the big ‘wow’ factor. 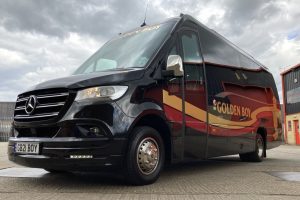 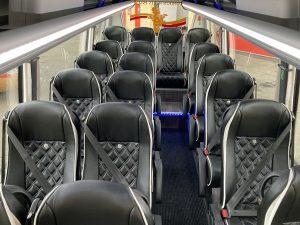 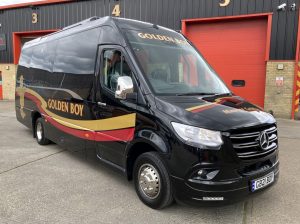 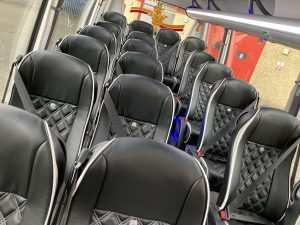 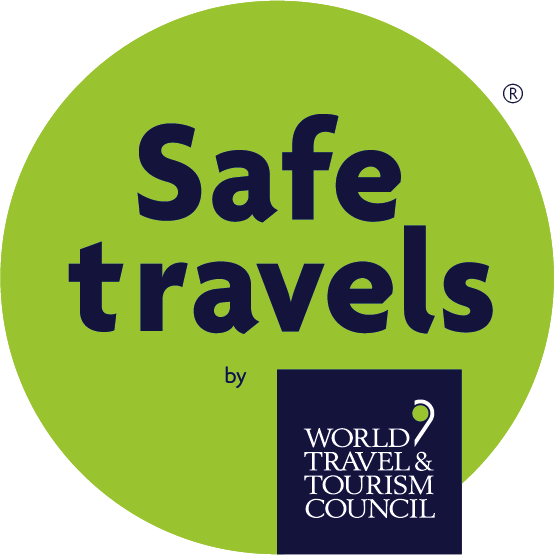 We are pleased to announce that Golden Boy Coaches has been recognised by the World Travel & Tourism Council (WTTC), for our role in supporting the recovery of the UK tourism sector.
This globally recognised stamp enables both business and leisure travellers to distinguish which coach operators meet health and hygiene global standardised protocols – so they can experience ‘Safe Travels’ 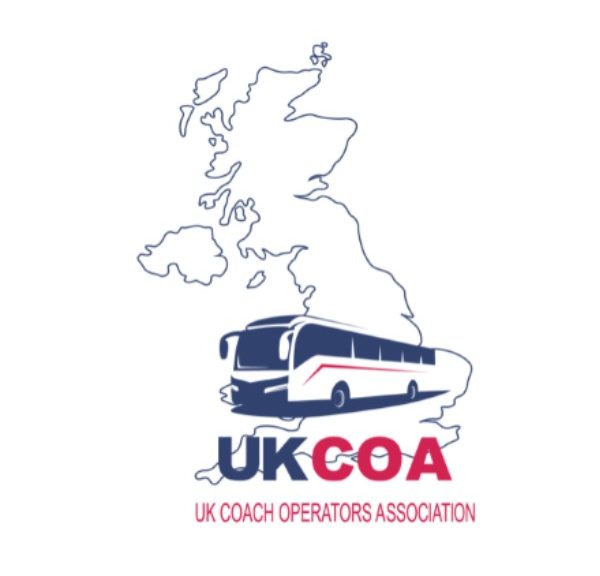 We are now members of the UKCOA!
The membership organisation (previously known as the LTCOA) was formed in 1976 and represents those who operate coaches anywhere in the UK or Europe.
Its mission is to improve the infrastructure and environment for all forms of coach travel.
For more information click here. 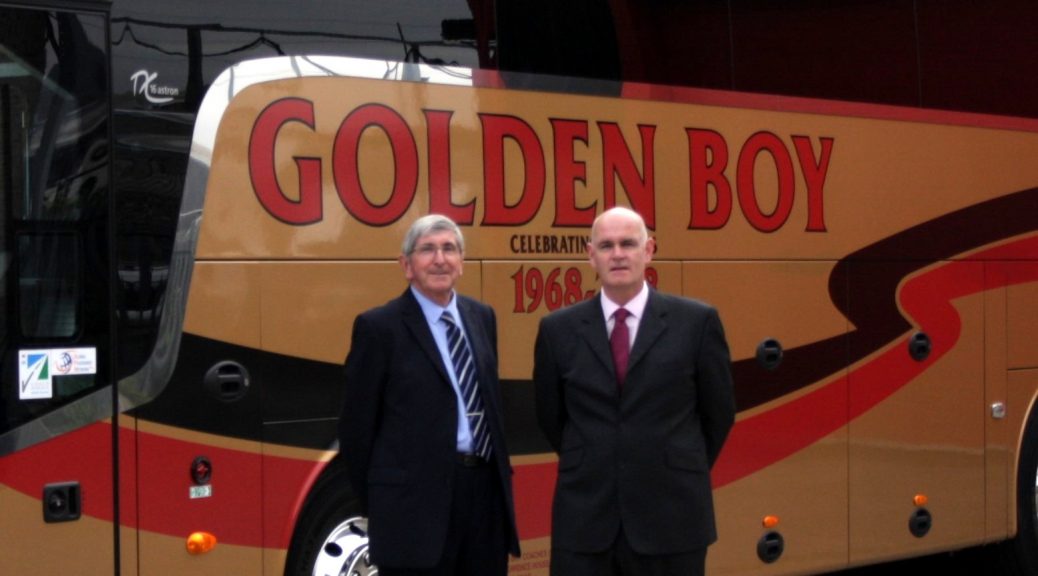 After 48 years of service our extremely dedicated Transport Manager, Geoff Jaikens (pictured left), decided to put away his desk diary for the last time and start his well-deserved retirement.

Geoff started his career in 1973 as a driver and was promoted to a management role in the early eighties. Geoff has lived through the ups and downs of running the business and he was well known for being the calming influence when situations became stressful. He has always been a great support to his colleagues and was usually the first one in everyday and the last to go home.

Geoff has decided to continue with some part time driving when the need arises and we look forward to marking the occasion properly when restrictions have been lifted. 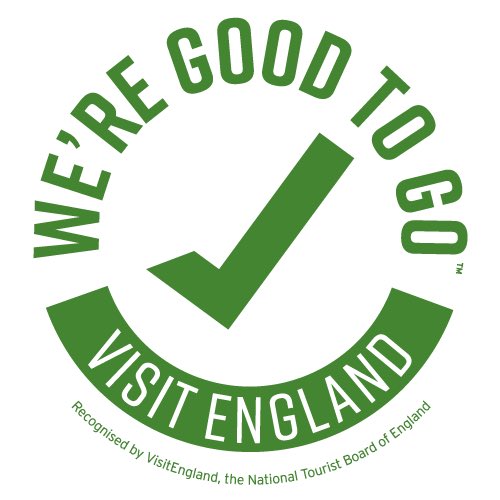 We have been awarded the Visit England’We’re Good to Go’ industry standard mark.

Acquiring the Industry Standard mark means that our business has followed government and industry COVID-19 guidelines, has a Risk Assessment in place and a process to maintain cleanliness and aid social distancing

Our certificate can be viewed here. 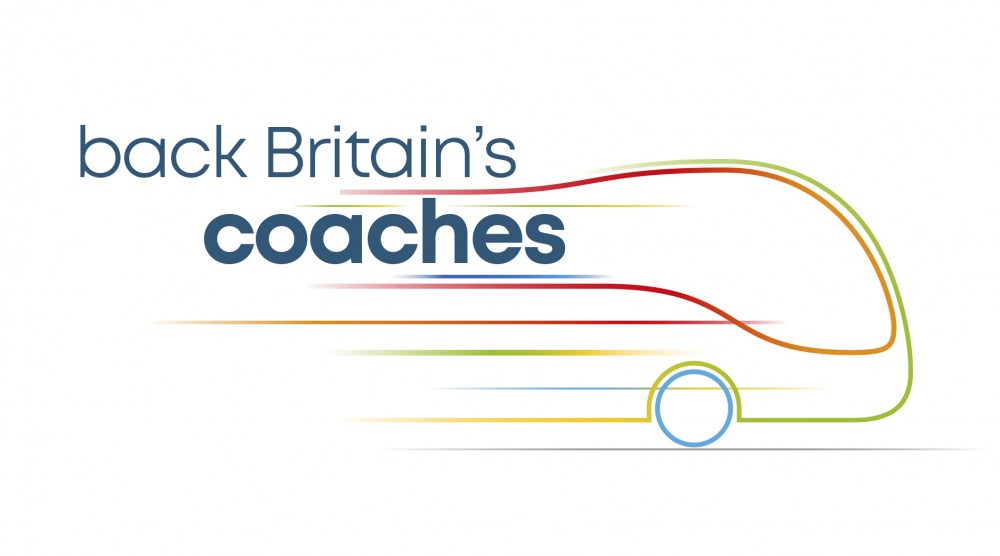 Before the COVID-19 lockdown, we provided coaches for many group excursions, theatre and shopping trips, educational visits to historical venues & musuems, sporting events & concerts. As well as providing safe school transport for over 1000 students on a daily basis.

Despite all of this, coach operators are currently not considered leisure businesses for the purposes of accessing the Covid-19 business rates and grant schemes that the Government has announced.

COVID19 has very rapidly caused severe financial difficulties for all coach operators, putting the long-term viability of the sector at risk. Without access to the financial support available to the rest of the leisure and tourism sector, it will be nigh on impossible for many coach operators to continue trading and to resume services once ‘business as usual’ resumes.

If we want to bring tourists back into our local areas, get people back in our theatres, shops, restaurants, cafes and bars, reinstate educational trips and help those who have been forced to spend a considerable length of time in isolation get back out and about, not to mention get people back to school and work, it is vital that coach businesses have the financial support to withstand the current crisis. 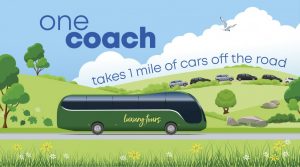 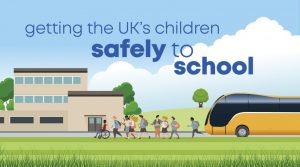 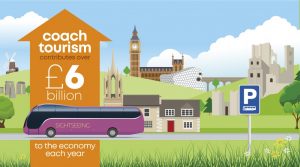 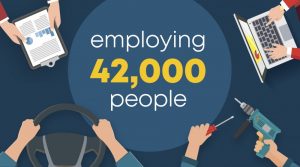 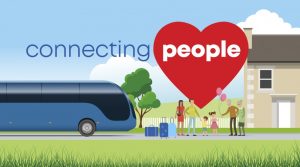 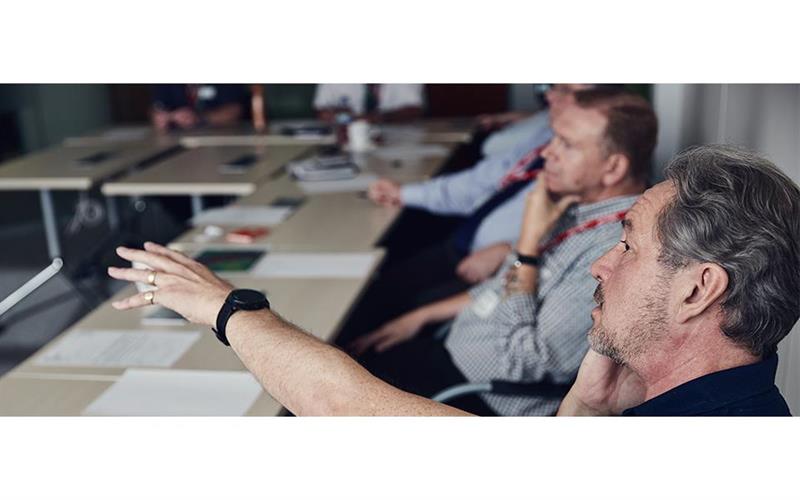 To kick start the new year we provided 31 drivers with a days training which will go towards their Driver CPC qualifications. Each day the drivers focused on two subjects which are relevant to their job role…

The aim was to inform drivers of their ‘duty of care’ towards passengers. To explain the Disclosure and Barring System and
to improve the drivers understanding of the issues involved in safeguarding and their relationships with vulnerable passengers.

At the end of the course drivers understand how to respond to evidence or concerns that a child or young person has been harmed.
The course outlined :-

This training enables the company to meet the compliance and legal requirements with regard to employees being given appropriate information and training regarding the carriage of vulnerable adults and school children.

The training ensures that we meet the compliance and legal requirements with regard to ensuring that employees are given appropriate information and training regarding walk round checks, health & safety and risk assessments. 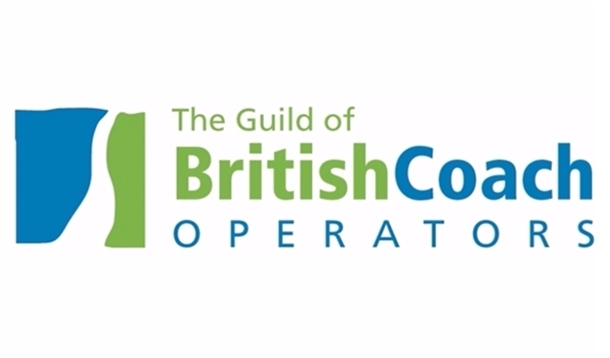 Formed in 1985, the Guild of British Coach Operators represents over 20 of the UK’s top coach companies. Membership is only open to coach operators who can demonstrate the highest standards in their operations, so that by hiring a coach from  us, you are choosing a Quality Assured, customer focused supplier.

To become a member we were required to achieve a 100% pass on the quality standards checklist. We will then be audited again every two years to ensure continuing compliance.

The Guild’s quality standards cover a wide range of points including the safe operation of coach hires and environmental awareness. In summary, Guild Members must prove they have:

Becoming a member clearly demonstrates our commitment to offering and maintaining the highest standards to our clients and colleagues. 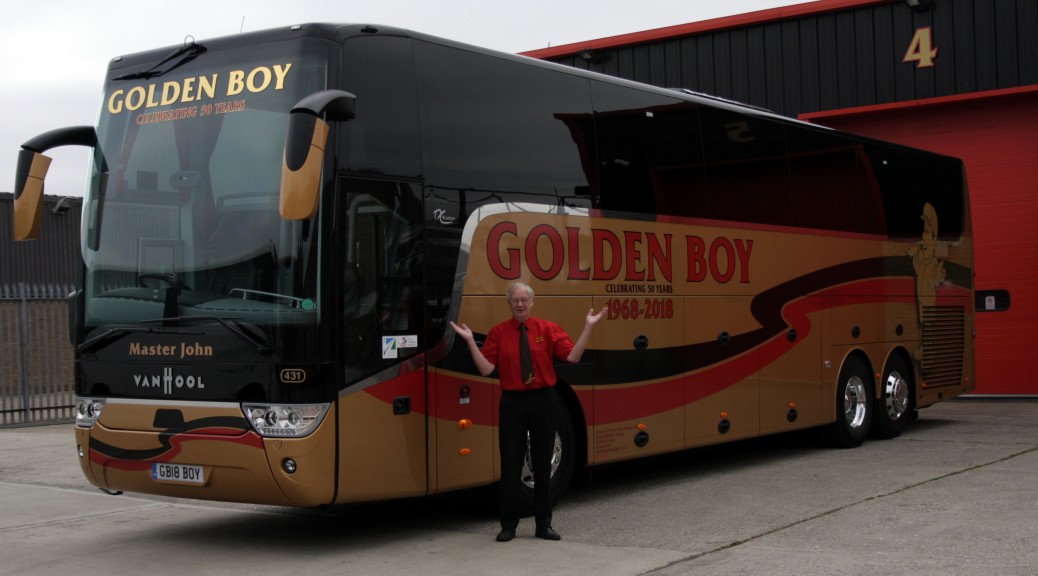 After 33 years behind the wheel Roy has decided to hang up his keys and enjoy the retired life. Roy started his career driving buses back in 1985 and over the years he has built up a vast amount of knowledge and experience. He is well respected amongst his colleagues and is well known for his witty one liners.

We would like to thank him for all his years of excellent service and wish him all the best for the future.

ULEZ is an acronym for Ultra Low Emission Zone. The zone will be in place in central London from 8th April 2019, a full year earlier than the original proposal. Many of London’s Theatres are within the ULEZ as well as other popular tourist attractions such as Buckingham Palace, The London Eye, Covent Garden and The British Museum. From October 2020 Transport for London will also strengthen the current LEZ standards for coaches. The LEZ covers all roads within Greater London, those at Heathrow Airport and parts of the M1 and M4. All coaches entering the LEZ and ULEZ will need to meet Euro 6 emission standards or pay a daily charge of £100. With just over eight months to go until the ULEZ is in place, there is still no certified exhaust retrofit solution for coaches. Therefore coach operators have been left with the very difficult and financially challenging decision to either renew their entire fleet, or possibly pass the daily charge of £100 onto their customers.

How will ULEZ affect your future coach travel?

Thanks to our rapid fleet replacement policy, we can officially say that we are ready for ULEZ and are operating one of the most environmentally friendly coach fleets in the country. This means that the majority of our coach fleet already comply with the emission standards and we can operate within the zones without incurring a daily charge. Since 2015, twenty-one Euro 6 coaches have been added to the fleet with a further two being added by the end of 2018, an investment of 4.5 million pounds in four years. With a similar rate of investment planned for the next two years, by October 2020 and in the space of five years, we will have replaced our entire fleet to meet Euro 6 emission standards.

Why do we need ULEZ?

Air pollution is one of the most significant challenges facing London, affecting the health of all Londoners. Every child in London breathes toxic air daily, damaging their lung growth. Road transport is the biggest source of the emissions damaging health in London. Around half of emissions of oxides of nitrogen (NOx), which contribute to illegal levels of nitrogen dioxide (NO2), and particulate matter (PM) come from transport. These pollutants make chronic illnesses worse, shorten life expectancy and can damage lung development. The communities suffering most from poor air quality are often the most vulnerable, including the children of London. At least 360 primary schools are in areas exceeding safe legal pollution levels. ULEZ is another way to help further reduce the most harmful emissions generated by road transport in central London, across the Capital and many other major cities in the UK.

You can find out more about which cookies we are using or switch them off in settings.

This website uses cookies so that we can provide you with the best user experience possible. Cookie information is stored in your browser and performs functions such as recognising you when you return to our website and helping our team to understand which sections of the website you find most interesting and useful.

Strictly Necessary Cookie should be enabled at all times so that we can save your preferences for cookie settings.